Forty days until the return of Blaston Show

Forty days until the return of Blaston Show 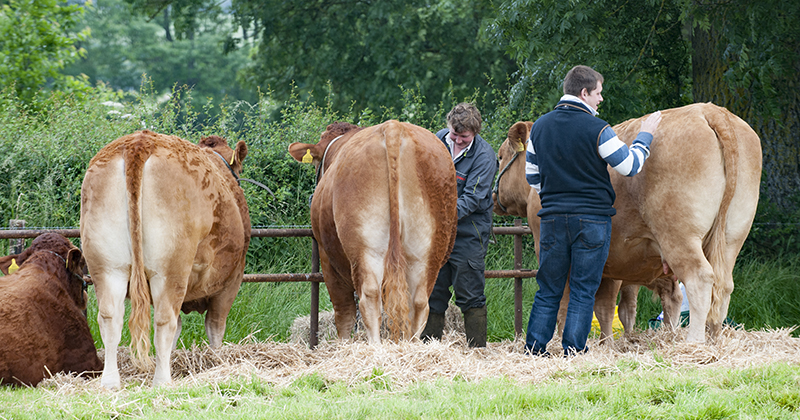 Blaston Show organisers are looking forward to welcoming back competitors, visitors and exhibitors to their new, bigger and better, showground. Attracting up to 5,000 people each year this change of venue will provide extra space and scope to accommodate more of everything visitors have loved about the Show over the last 60 plus years.

The new venue is still just outside Slawston, between Market Harborough and Uppingham, and can be found using the What 3 Words app – enter ///conquests.starts.headliner on the app and you will be directed to the main gate.

This year the show welcomes The Rockets Children’s Motorbike Display Team. Combining adrenaline-fuelled stunt action, the talented troupe of young boys and girls will perform airborne stunts and formation riding performances. Also new for 2022 will be a laser clay shoot.

The Blaston Hound Show has been incorporated into the main Blaston Show for the first time, and both terrier racing and the ever-popular Dog Show will be back, with classes for all dogs from Kennel Club registered to Heinz 57 varieties. Whilst equestrian and agricultural classes should be entered in advance, dog show classes are entries on the day.

There are numerous cattle and sheep classes, including those for young handlers. Blaston Show again makes up part of the Heart of England Cattle Championship, alongside Kenilworth and Blakesley Shows. Exhibitors will be awarded points for top five placings, the exhibitor with the most points at the end of the three shows awarded prize money.

A wide range of equine classes is on offer, with Arena Eventing making its debut. There will be traditional hunter and showing classes, including Working Hunter, Ridden Hunter, Coloured Cobs, and Mountain and Moorland to name a few, and of course the usual array of show jumping competitions – something to suit all ages and abilities. The Fancy Dress class is open to everyone, with or without a pony – the theme for this year is The Queen’s Platinum Jubilee.

A stunning variety of vintage cars and tractors will be on display, many of the cars having taken part in the morning’s 30 mile Classic Car Run which starts at The Fox Inn at Hallaton and finishes in the Main Ring at the showground. In sharp contrast, cutting edge farming technology will also be well represented.

Every year Blaston Show raises significant amounts of money for nominated charities. For 2022 the primary beneficiaries are The Air Ambulance Service and Home Start South Leicestershire. Both very worthy causes, the air ambulance costs around £1,700 per rescue while Home Start has to raise at least £200,000 per year to provide practical and confidential support for families with children under five.

Tickets can be bought on the website or on the gate, which opens at 8am on the day. Entrance to the Show costs from £5 for 13-16 year olds (12 and under are free) to £12.50 for over 16s. However, Blaston Membership is also available at £30 for two adults and two children – with plenty of member benefits. New members are warmly welcomed, application forms can be found HERE.

By Hilary Manners|May 18th, 2022|News|Comments Off on Forty days until the return of Blaston Show