The 40 day countdown to Blaston Show has begun

The 40 day countdown to Blaston Show has begun 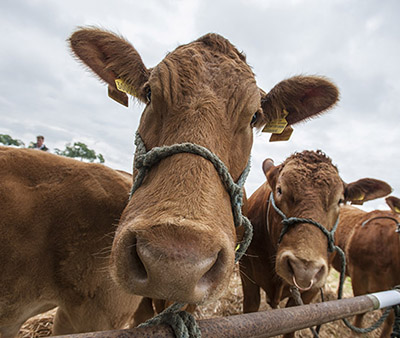 The organisers of this year’s Blaston Show, which will be celebrating its 62nd anniversary on Sunday 30th June, are again looking forward to welcoming a diverse range of competitors, visitors and exhibitors to the showground.

Held just outside Slawston, between Market Harborough and Uppingham, Blaston Show attracts spectators from across the region. With recently announced support from this year’s Principal Sponsor, Watling JCB Power Generation, the Trustees of the Blaston & District Agricultural Society are confident of hosting as good a show as ever, while helping to raise funds for, and awareness of, the show’s headline charity, Wishes 4 Kids.

There is something to appeal to all family members, from cutting edge farming technology to vintage cars and tractors, children’s entertainment, a variety of food and drink outlets – and, of course, lots of animals.

Native breeds of cattle, such as Beef Shorthorn, Hereford, South Devon and Lincoln Reds will be on show, together with a selection of prime stock cattle. There is also a class for Young Handlers under the age of 16, both in the Cattle Show and the Sheep & Lamb Show which has a vast array of classes including a Fleece Competition. The dog show is always popular, with over 100 dogs, both Kennel Club registered and Heinz 57 varieties, taking part each year.

A wide range of equine classes for riders and handlers of all ages and abilities includes everything from show jumping, showing and in-hand classes to the ever popular ‘Family Horse or Pony’, Fancy Dress and even a Mature Riders class for the over 45s. Riding for the Disabled members will be taking part in the Handy Pony competition, and heavy horses will again be on show.

This year’s art competition, which is open to all children at Hallaton C of E Primary School and again generously sponsored by On The Edge framing of Market Harborough, has a theme of ‘In The Dairy’. The artworks will not be paintings this time, but mixed media, which should prove challenging to judge and display. Lucy Lee-Tirrell, who organises the competition for Blaston Show, said: “One of my favourite things of the year is collecting the children’s artwork and seeing what they’ve come up with. The display in the craft tent on show day is always fantastic. Bearing in mind the subject matter and that the show is at the end of June, I’m hoping there are no cheese-based entries!”

Then there is the terrier racing, tug of war and bale rolling, a parade of hounds and a modern farming display plus plenty of opportunity for a bit of retail therapy too – all in all a perfect family day out.

Entrance costs £20 per car and gates open at 8am. A significant proportion of the money raised on the day will be given to local charities, with Wishes 4 Kids this year’s principal beneficiary.

By Hilary Manners|May 22nd, 2019|News|Comments Off on The 40 day countdown to Blaston Show has begun