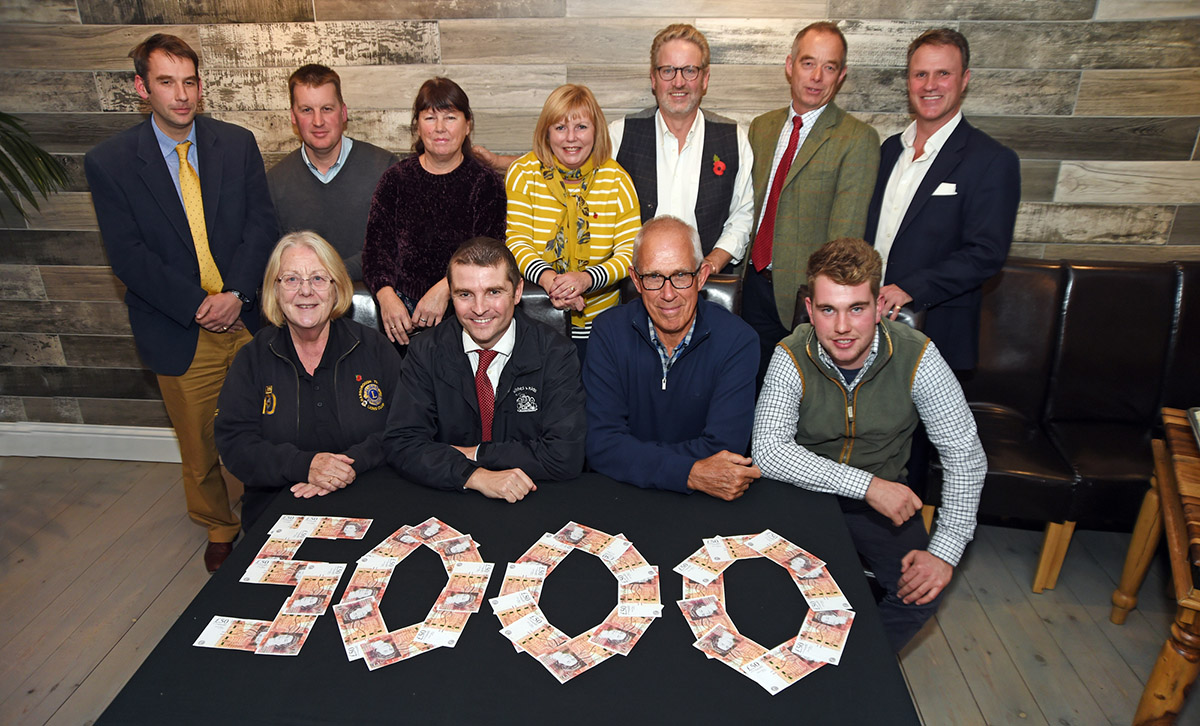 Following another successful Show last June the Board and Members of The Blaston & District Agricultural Society gathered at The Crown, Tur Langton, for their Annual General Meeting.

Show Director, Will Young explained: “A major part of our ethos is to raise money for local charities, and to that end we are able to hand over cheques totalling £5,000 this year.”  The headline charity was Wishes 4 Kids and Gary Lowe, Charity Manager, attended to receive a donation of £3,000.  He thanked the Trustees and Members, and talked about the work of the charity, specifically referring to a terminally ill little girl whose wish to go to Disneyland Paris will now be granted.

The outgoing President, Richard Telfer, was presented with a framed montage print of his time as President and was thanked for all his hard work.  He commented that he was incredibly proud to have worked with the Blaston team and had thoroughly enjoyed his three year term.

Incoming President, Andrew Bishop, said it was great honour and privilege to have been asked to become President of such wonderful Show.

Members congratulated the Board and all of their many helpers for a very enjoyable Show. Planning is already underway for the 2020 Show, which is to be held on Sunday 28th June. The meeting concluded with members informally discussing ideas for next year’s show over a glass of wine and supper.

New members of the Society are always welcome, with a £30.00 family membership, which includes free entry and exclusive benefits on Show Day.