Home/News/Best ever Blaston
Previous Next 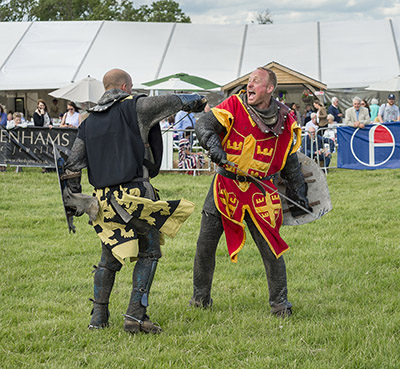 Yet again, visitor numbers to Blaston Show broke previous records. There was a superb number of entries in classes ranging from vintage cars to cattle, more trade stands than ever before, plus the weather gods smiled with blue skies and a cooling breeze.

Spectators were full of praise for what was on offer. Jackie and Jim Fletcher from near Uppingham said they never missed the show but this year exceeded all expectations, while Gail Martin from near Market Harborough was making a first visit and commented: “I can’t believe I haven’t been before. The kids have ridden the donkeys, joined in the tug of war and fallen in love with the tortoises.” Top level event rider JP Sheffield is based just down the road from the showground but hadn’t attended ‘for about 30 years’. He was there with his family and described it as a fantastic day out.

Back to the tortoises… giant aldabra tortoises to be precise. These prehistoric looking creatures first appeared at Blaston last year, and were no less of a draw this time round, hardly surprising when you discover some of the stats surrounding them: they can live to 250 years of age; they are 45 years old before they can breed; large ones can, if circumstance dictates, go up to 12 months without eating and 3-4 months without drinking; and female aldabras can pre-determine the sex of their offspring. Blaston Show undoubtedly provides both entertainment and education! 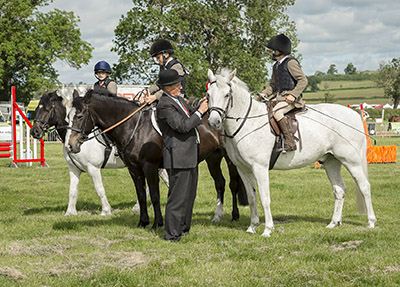 The equestrian classes remain popular, catering for everything from lead rein to show jumping via hunter classes and retrained racehorses. Local 11-year-old twins, Henry and Joseph Hill from Belton, were making their jumping debut having previously won the gymkhana classes, and each went home with a clutch of rosettes including a win for Henry riding Murphy in the 65cm class, in which his brother came third on Marbles, and ribbons for both boys in the 75cm. Their father Simon, a highly respected farrier, is a big fan of Blaston: “It’s how a show should be – you almost expect Ma and Pa Larkin to walk past.”

Other winners included Lara Barlow after showjumping Piper, Julia Rattray for her ridden ex-racehorse Dashin Duke, Ann Lee with her ridden cob Mac and Olivia Roythorne who won both the lead rein class and the best turned out on Friars Red Wings.

Helen Atterbury had a good outing with her cattle, showing two particularly eye-catching animals. Shelseys Roberta, a Belt Galloway, stood out, while the youngest entrant in the cattle classes was Crick Lodge Tiny Tim, a Dexter born on 10th May 2019. Frank Page took home several red rosettes, including for Bloody Mary, a Limousin X Heifer and Mr Mojito, winner of the Potential Primestock Animal for 2019 class.

The cattle show classes were judged by Giles Green while John Clay, Ben Cole, Shaun Smith, Norman Howe and Matt Morris judged the raft of sheep and lamb show classes. Meanwhile the dog show was well attended, and the winner of the terrier racing was Jasper. 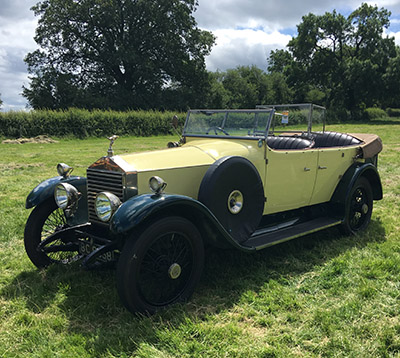 Proceeds from their sale will go to the Clive and Sylvia Richards Charity (www.csrcharity.com), whilst the main beneficiary from takings at the show will go to Blaston’s nominated charity for 2019, Wishes 4 Kids (www.wishes4kids.co.uk).

Last in to the main arena at the end of an action packed day was a fabulous collection of vintage tractors – Blaston Show continues to provide an eclectic mix of entertainment, truly something for all the family.

Next year’s show will take place on Sunday 28th June.

By Hilary Manners|July 1st, 2019|News|Comments Off on Best ever Blaston